You are here: Home / Archives for Crafty Websites

Pam Harris is simply one of the best people online. She is kind, and generous, and who she is is apparent on her website, Gingerbread Snowflakes. She has craft projects for every season, and if you only follow one blog for holiday projects and inspiration it needs to be this one. Every time she puts up a new project, I feel like I need to drop everything and create it! She makes it looks so accessible, so fun. Pam has a wide variety of tutorials and photos that she shares – from baking to embroidery, from decorating gourds to weaving, Easter crafts, Halloween crafts. Just set aside an hour or two and browse her site, you will find something that you will fall in love with and have the urge to make right in that moment.

She has pictures of shaved wood ornament kits, as well as a link to where you can order your own kit to make the ornaments. I am emailing my family in the US to order for me so I can get a kit! And I have to admit I love that Pam found someone who is selling craft kits for holiday ornaments, who accepts checks that you send. There isn’t a paypal button or an online order form, you have to actually write to someone. I think that’s really cool. It reminds me of the craft fairs I went to as a kid.

You will love everything that Pam shares, here is what she shows on the website to give you just a small glimpse at what is up for this season! 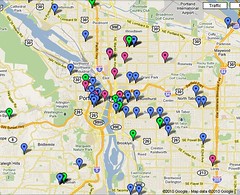 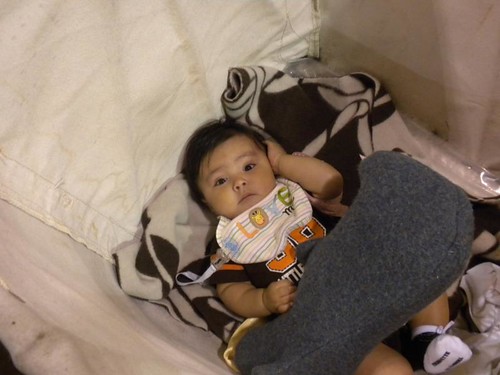 Reading this blog – check it out, seriously good stuff! – so reminds me of home. I imagine one of my girlfriends could be writing that – my friend Julie probably – because it is just what she wants her life to be. I mean she just got married and they are having a baby (sshhhh, it’s a secret for a little bit longer!) but she grew up a rancher’s daughter. That is the life she wants and I think she is determined to have.

And I am reminded of home because I will be there in a few weeks! Our plans have changed but we are still moving, just not to our initial destination. The kids and I will stay and then move on to staying with my Dad and hopefully my Mom later on. She’s in WA State and we talked about going to OR and I want to go to Portland. I thought I would be there in the spring but with our new plans, I’m just not sure.

How is your Christmas crafting going? Have you listened to my new craft podcast? I’m up to episode three with a new one being published every Wednesday! Soon I’ll be in iTunes, I’ve been super busy around here lately.

The second craft podcast is up over at the Crafter Cast – I talked about our trip to Atlanta for the craft fair and interviewed Matt with Etsy.com about the Buy Handmade pledge.

I was so nervous talking to him! But it wore off after a couple of minutes and I enjoyed our conversation a lot. I’m working on getting into iTunes so I’ll let you know when that happens and I hope you subscribe!

I was really lucky to only have one toy from the first recall list – it was the Elmo that was like a potato head, he had parts you could add to him. But the catch was the toy had to be made after May 2007 – ha, we’ve had that Elmo for at least three years! We did have to call in because of the toy oven recall – and would you believe they still haven’t sent the packaging/mailing info for that?

In case you missed this, here is a great list that Amy over at Angry Chicken put together – not made in china. I have a few things I am working on for the kids and for the baby, as well as projects the kids can make on their own. I’m hoping the sewing projects won’t be too advanced for Alice, but even with the little things she’s been working on she loves it and catches on quickly.