Last weekend I attended a baby shower for a friend of mine, she and her husband are expecting their first child in a few months. They aren’t finding out if the baby is a boy or girl so I decided to make a gender neutral baby quilt. 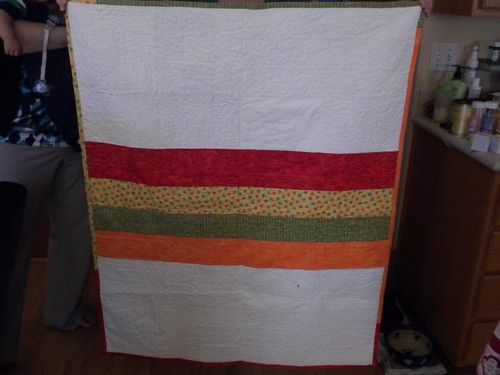 I used six colors, white on white and a print. The colors were either batiks or color on color as well. I used red, green striped, yellow polka dot and orange strips in the backing and also for the binding. (All you quilters – you use the Clover bias tape tool right? This is an awesome product!!!)

I also learned freezer paper applique for this quilt! It is a lot easier then I thought it would be. I’ve never done any applique before so learning this really put my mind at ease. 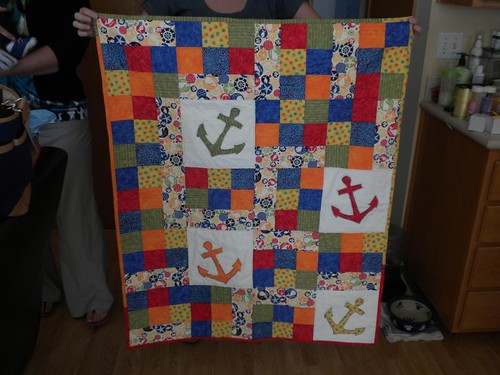 I did the freezer paper applique technique on the four anchors because she loves anchors. An anchor is her sorority’s symbol, then add to that her husband is in the Navy so it gave her even more reason to like anchors.

You can’t see too closely in the photo, but the four anchors are quilted by outlining each anchor and also outlining the block. The rest of the quilt has a meandering pattern.