It was so fun, and inspiring, and exhilarating. It was so great to be around so many people who all love the same thing that I do! I could show them something I made and they all appreciated it. The entire event was just a lot of fun.

I arrived in Salt Lake City and had been texting one of my roommates, Jessie at a Tiny House so we were able to meet up and take a shuttle to the hotel. If you heard someone saying “That’s a weekender! That’s a handmade bag! Are you going to Sewing Summit?” while in the airport, then you probably heard her. 😛

I’m so glad my flight got in earlier then when the conference started. This gave me a chance to meet people and join the shop hop. We grabbed a shuttle to the hotel and after a quick unloading, we grabbed a bite to eat and walked to a couple of thrift stores. We also found a great shop that had cupcake shakes! Jessie had one but gluten free me did not. Basically you take a frosted cupcake and add it and soft serve ice cream to a blender and turn it on. I imagine that tastes SO good!

The shop hop was a lot of fun. I got a seat on the bus and we went to three shops. The first sold mostly (all?) apparel, and since I don’t sew clothes I didn’t look around too much. The next two were quilt shops and they were so fun! 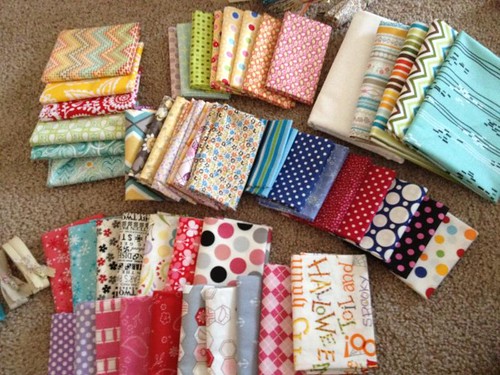 Yes, I got a lot of fabric. But that’s okay! It was all on sale, and I haven’t been to any local quilt shops so being in a couple was just too fun. I need to get out more here I know. Plus the shops we stopped at generously offered a 25% discount!

After the shop hop Jessie and I met up with our other roommates, Rebeckah and Stephanie, and along with the fabulous Leigh, we went to the mall and grabbed a snack before the mixer sponsored by Craftsy. There was so much going on in just those first two days, I was really tired. I stayed up late every night and woke up early, and it was nothing short of fantastic.

This was my first time attending so I have a few (yes a few!) more posts coming.