The Creative Journey class with Amanda was so good. She had a cute doodle and had a story to share with every word or phrase she drew on the board. Hearing about her journey was great, she was very inspiring. She made me feel like I need to take a deep breath and check where I am, which is a good thing! 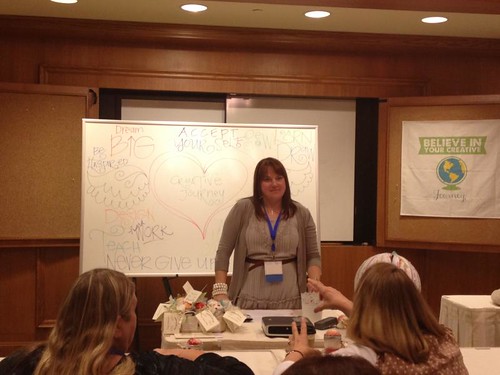 I took the foundation paper piecing with Lee and Elizabeth and LOVED it too. Before moving from Washington, I took a class and I thought this class would give me more tips and tricks to paper piecing. I did learn a few new things and I made three blocks using the pattern they had us work on.

I did three because I’ve gotten into the habit of making two or three blocks when something I am working on calls for one. I don’t do this all the time, when I make a quilt I just make that quilt. But this class called for material for one block, so I just did three. Two are in this picture, and I finished the third the other day but didn’t grab a picture because it just doesn’t look as good! I don’t know how that happened, how the third block (which was really the first, that I worked on in class) ended up a little bigger then the other two and it just looks a little off.

I am thinking of making these into pillows and giving them away. 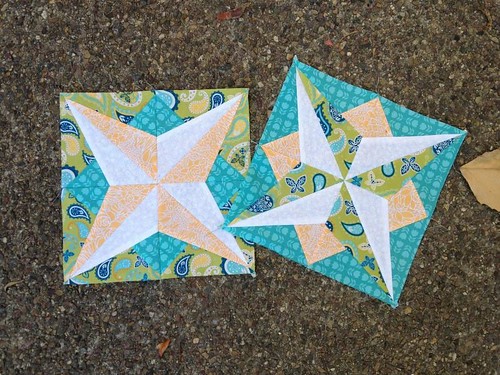 I didn’t get into Kelly‘s metal frame class, but she offered to teach an unofficial metal frame class and I signed up for that! It was a great class! I learned a new skill and bought a few frames so I can make more of these purses. They are cute and fun and relatively easy to put together. 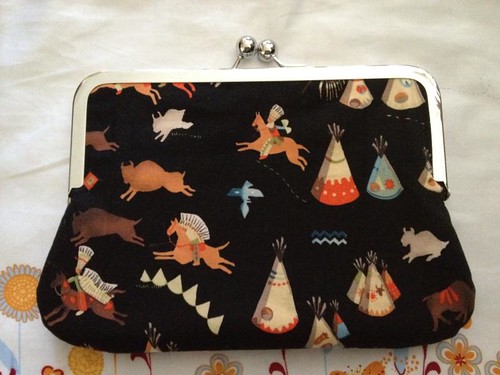 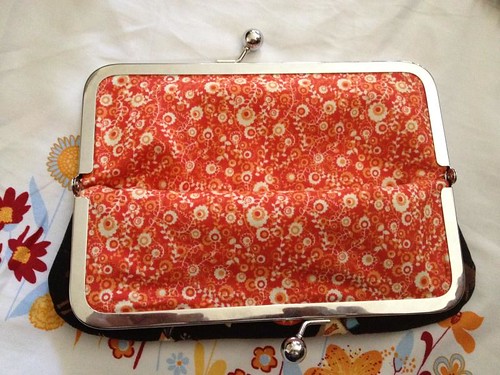