You are here: Home / Ramblings / Wind Out Of My Sails

Talk about a let down. 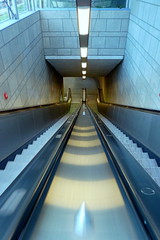 I mentioned how crazy busy I am, how I am taking a total of five classes this semester and then I will be done with my undergrad studies. Well I got a phone call yesterday that said the two classes I was going to take from NWIC will not be accepted because they are not exactly the equivalent to the classes at UMUC. I was also told that I was wrong in thinking I only needed five classes to graduate, I actually need ten more total classes. That is partially my fault because I read my degree progress report wrong, but I also blame my advisor because I have been speaking with a couple of different people regularly and I kept telling them I could finish this semester. Why didn’t either of them say anything?

I decided to fight to get the Native American Art Appreciation class to transfer as Art Appreciation. The woman I spoke with from UMUC said it was too specific since it was Native art, and not art in general. Well, it is from a tribal college so I guess you can say there is a focus, but isn’t that the same as art from a mainstream university focusing on western art for their art appreciation class? What if I took that class to begin with and then transferred to UMUC, would they deny the class at that point? Who knows, but I am going to try to go higher and get the class accepted. I do not see why it wouldn’t be but we’ll see the response I get.

I am going to take a DANTES test to take the place of one of the classes I would have transferred from NWIC. So that takes care of the two NWIC courses. I am still registered for three classes online. 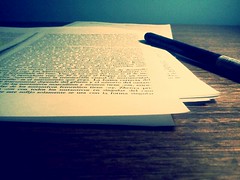 That still leaves me with six classes to take. Ugh. I am so not interested anymore. I was practically bouncing off the wall excited that I could finish this semester. Now I feel like it is a never ending thing, that I just keep taking classes and am not getting closer. I am trying not to feel discouraged, I am still very close. It may just take me a few days to feel completely motivated and excited again.

I guess I could look at it as though I will still be done this year, but that feels so far off compared to this summer. I need to play with a cute baby and sew, maybe after that I’ll be motivated again.