You are here: Home / France / After Six Months 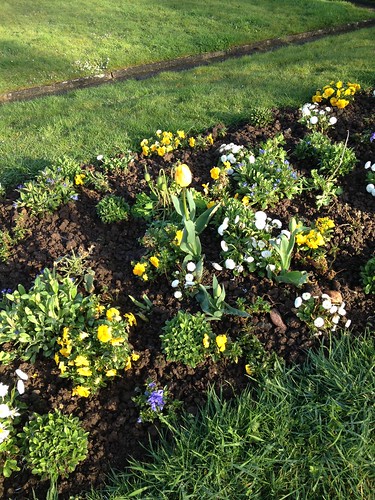 Flowers in a garden by the castle, early morning last week.

It’s been about six months since we have been in France. So far –

~ we eat a late dinner. Almost every single night! We don’t eat until 7:30 or 8PM. This is relatively normal for families here. There seems to be an emphasis on goûter – which means a snack – after school (or on the weekends) which holds you until dinner.

~ ride the tram or bus or walk everywhere. We love this. It’s a fifteen minute ride to IKEA, from end to end it’s probably 40-45 minutes, though we have never done that. The only problem with that is IKEA has turned into our version of Target. And we all know how easy it is to jump in the car and go to Target.

~ the kids are all speaking French. While I knew this would happen, it’s still kind of amazing to hear them having conversations with their friends or have them help me when we are out somewhere.

~ we have some friends that have already made their mark. I’ve been called Auntie, someone gave me a recipe that was from their Grandma, we have people we can call in case of an emergency (we haven’t had any, knock on wood, but I am happy to have phone numbers saved in my phone).

I was doing a photo a day on instagram, but admit I lost speed. I am getting back to that, I need to figure out what day I would be on first! Our first six months here included a living in a hotel, figuring out the bus schedule, getting used to a new way of eating, enjoying that everything is closed on Sunday’s, and so much more. Here’s to another six months, which will include more pictures, travel, friends over for dinner, birthday celebrations, and so much more.