You are here: Home / France / Choosing a School Overseas

When it came time to finding a school for the kids, we were lucky to turn to the same couple that helped us find a place to live. And this was after, once again, I couldn’t find much online. You can find the basics of what a French education is – kids can start school at 2 years old in some places! Two! As long as they are potty trained. And it’s not daycare with singing the alphabet song once in a while, it’s legit school with finger painting and singing and naps after lunch. Okay, is that legit school? 🙂 And so we arrived not thinking that our youngest would actually attend, but not knowing where the older kids would go. 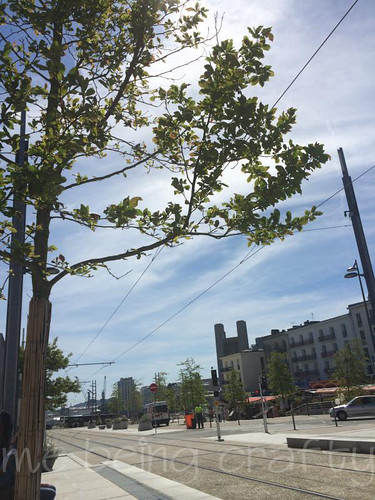 Our friend called two primary schools for us, as well as the secondary school for our oldest. One primary school was full and not accepting more students, but the other had openings. The other school is the one both of our sons attended last year, it is a private school that is for ages 2 up through the equivalent of fifth grade. After meeting with the director and filling out a bunch of paperwork, the kids started school about two months after school in the US started. No one other than a few teachers speak English at the primary school, but we figured after some time it would be easier for the kids. And it’s true, all three of the kids are – well, I consider them fluent. Sure their vocabulary can always be added to, but they are speaking very well.

The secondary school we were led to is also a private school, but it’s an international school. This means that a lot of students attending speak English, okay maybe not “a lot” but if they are in the international section at school then yeah, they do. This just means our oldest took a little longer to be able to speak the language as well as the youngest kids.

The school year schedule here is pretty awesome. There are two week breaks about every six weeks. This means school runs through June, to the very beginning of July actually, but we love it. It didn’t take long to get used to those breaks. The first school break last year had the kids staying up really late and sleeping in really late and it just threw everyone off for the first week, but after that they were fine. Some families go visit their relatives during the breaks, but we have yet to go anywhere.

I’m happy with the education the kids are getting here. Our youngest writes letters the way the French do so we work on that, and sometimes the older kids will come home and say they are studying something they learned at a different school, but we just keep plugging along. Oh, and despite the schools both being private schools they are no where near the cost that private schools are in the US. The primary school is only 225 euros a year (about $280, as of today). The school the older kids attend this year is around 1400 euros a year (about $1750), and only because they are in the international section. The regular school is around 500 a year (about $625), the international section an additional 900 (about $1125), with discounts for multiple kids. We also have to pay for various things such as the school trips, lockers, the school offers insurance, books they are reading for class, and of course school supplies (school supplies deserve their own post, they are long and complicated).

There will be a DODEA person you can talk to for the region you’ll be in, but if no one has been stationed in that town or if they didn’t have kids, you might not have help picking a school. They will recommend schools that others previously attended, which can be nice and make your decision easier.

One year down, one year to go!